What is the Internet of Things (IoT)?

Defining the Internet of Things

In the broadest sense of the term, Internet of Things (IoT) means, a network which is comprised of physical objects that have the capacity to gather and share electronic information. The term IoT can include everything connected to the internet, to put it in a general sense of the term. The IoT basically is made up of devices ranging from sensors, smartphones, and wearables all connected with each other through the internet. The combination of connected devices with automated systems is the main function of the internet of things.

The internet of things (IoT) consists of a variety of devices small and large including mechanical equipment that transmits data of the process of production, information tracking sensors and many more. Similar to other internet connectivity, IoT also uses IP (Internet Protocol) for the devices it connects. In the simplest way, the internet of things can be described as taking different things or objects and connecting them with the application of the internet. IoT is a technical yet easy enough concept to grasp for everyone. 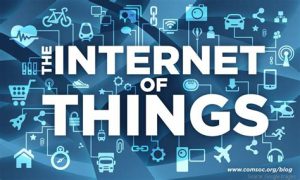 The technology of IoT is used very widely over the world especially in the last couple of years. It has a number of applications which can be used in our own houses or in professional environments. The consumption of this technology has shown a constant increase and is predicted to show further growth in the coming years. Businesses and households alike are using the internet of things with Smart Home technologies or to improve efficiency in supply chain management. Collection of data and the flow of information has yielded benefits as well.

IoT has some new and interesting applications which in a larger picture can prove immensely beneficial for society. One of the applications of IoT which is game-changing is the use of the internet of things in the healthcare industry. The almost instant reporting and monitoring health through gadgets have helped people. Heart patients, diabetes, asthma attacks etc can be monitored in real time with smartphone applications which make it possible to collect data and report to the doctor. Tracking and alerts, remote medical assistance etc and many more facilities which are now available in healthcare with IoT.

Internet of things uses a common platform nowadays which is the internet. With internet usage, IoT has a lot of applications for different walks of life. The main aim of IoT is to make an object or a device ‘smart’ to use. The application of IoT goes beyond the traditional connectivity of desktops, laptops, and tablets. It is used in a wide range of devices of daily use which utilize the technology of IoT to interact with external environmental factors. Security systems, thermostats, electronics, cars, alarm clocks, phones, speakers, vending machines, professional machines, lights and many more devices now make use of IoT technology.

Advantages of the Internet of Things

In today’s society, being connected all the time plays a major part in our lives. With IoT, the connectivity is taken to a completely new and a different level. Objects like light fixtures, fridge, and television for example with their ‘smart’ technology can be operated using a smartphone or a tablet because of IoT. The main goal of IoT is connectivity but there are plenty of other advantages of the application of the IoT technology.

Data collection plays a part in the working of IoT technology. Like mentioned before with the level of connectivity n today’s society, data collection plays an important role. For example – On your smartphones, you can watch videos from all over the world with easy access at your fingertips. This is possible because all the videos have been stored somewhere around the world which you can access. The point of data collection is to send and receive information. IoT has a major advantage for businesses, for example, to be able to access a pool of data.

From the basic and limited understanding of IoT, I possess, collecting data and sending information, receiving the information and act on it, performing both the above-mentioned tasks is what internet of things can be perceived as. The connecting of various things through the internet has shown amazing promise and benefits; no doubt it has some disadvantages along with it.

Also, Read – About IoT in E-commerce

Internet of Things (IoT) is a fairly new concept in our lives. Knowingly or unknowingly IoT has become a part of our day to day life. IoT has a lot of benefits, surely has a few disadvantages and it has revolutionized the technology industry. IoT has shown promise and has found applications in a variety of domestic and professional environments.