Over the years, the world has been engrossed by the emergence of Blockchain Technology. The global blockchain market is now anticipated to grow to over $80 billion by 2024 as more companies adopt distributed ledger technology with unlimited possibilities of implementing it wherever you want.

But many struggle to explain what it is.

Absolutely not. They are closely related but aren’t the same. You definitely don’t need a cryptocurrency to implement Blockchain. To put in simple words, Bitcoin was the first application of Blockchain, and that’s when the correlation of Cryptocurrency and Blockchain started.

In simple terms; Blockchain is a growing “chain of blocks” / also termed as Digital ledger. A copy of the ledger is shared across all the nodes of the Blockchain network and hence called “Distributed Ledger”.

Each block consists of a series of records (financial transactions or any information or any deal or medical records, etc.

Every record has to be approved by the nodes /members of the Blockchain network, before getting into the Block.

Once the record is committed in the Block, there is no scope for any amendment. It’s totally protected. There is no central authority / governing body making a decision. The decision is collective and tamper-proof.

A copy of the Block once committed is passed onto each of the Blockchain nodes. The Blockchain network makes constant checks to ensure all the nodes hold the same copies of the ledger and ensure the data integrity is maintained across the network.

Below is a simple illustration to explain the above terminology:

Let’s take an example of a deal. Here Deal is the record.

Let’s say Mr. A is selling his property to Mr. B for $500. A record gets created with the details of the deal and, including a digital signature from each of the parties.

This record is now checked by the nodes in the Blockchain network for validity the digital signatures of both the parties and other business rules (Smart contracts) defined in the network are verified for consensus.

The records that the network has accepted are added to a Block. Once the Block is mined successfully, it gets added to the Blockchain network. 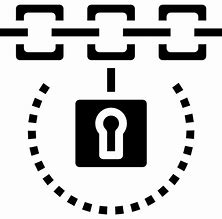 Every Block is identified using a Hash function. This hash function is generated by hashing together a set of attributes (the hash function of the previous block, Merkle root (all the candidate records of the Block are hashed until one single hash is derived); Nonce value; and the transaction timestamp).

In addition to the above attributes, there a difficulty level set in every Blockchain network to ensure, the hash value of the block starts with a pre-defined target value.

Some of the nodes in the Blockchain network – called Miners continuously work upon generating a hash value for the Block using all the above-mentioned attributes until they successful generate a hash value that starts with pre-defined target-value. In real-world, this consumes a lot of energy and involves complex algorithms.

The block gets added to the network only after all the records are verified by the Blockchain members and after being successfully mined. This process is called proof of work.

Hence, any attempt to tamper a record inside a Block is next to impossible. The hacker has to tamper the hash functions of all the previous blocks in the network before he attempts any tampering to the current block which is practically impossible.

Let’s understand why do we need Blockchain??

The blockchain has the potential to reinvent any transaction that requires going through a middleman, including finance, banking, contracts, and retail.

It replaces the central system with a decentralized ledger of chained immutable records created by distributed consensus; thus yielding a traceable history of the transaction, that is accessible to all the nodes in the network.

Basically, it redefines the transparency and brings in trust in this trustless world. It doesn’t factor any single point of failure (de-centralized) and makes the transactions more traceable; more transparent and incorruptible.

Next obvious question – How do we implement Blockchain?

There are majorly three types of Blockchain networks –

Public Blockchain – Anyone could participate in the Blockchain network – e.g. Bitcoin, Ethereum

Consortium or Federated Blockchain – It’s governed by more than one organization who are members of the consortium – e.g. r3, EWF

Different types of blockchain will be used for different type of industries as and when required.

Where we require privacy and control, private & consortium blockchain are the obvious candidates and where we require openness, as well as censorship resistance public Blockchains, are a must need. 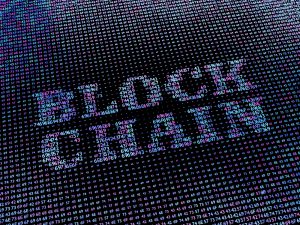 Below are some of the strategies or questions you need to ask yourself and figure out which is the best fit for the business case to be put up over Blockchain.

Once you decide if your business is the best fit for Blockchain; you may want to decide the type of blockchain to use.

Do you want to reveal the identity of the entities writing / participating in the transactions / state transitions?

A quick glance on applied use cases of Blockchain Technologies

Blockchain-Based E-Voting Proves to Be A Hit in Switzerland.

Karnataka State Government is launching a Blockchain Based Platform to Protect Intellectual Property.

The organization tasked with digitizing Australia’s public sector has joined forces with a major blockchain developer to build the world’s first blockchain operating system for government and critical national industries.

Low data storage – they can only store the metadata (hash values)

Immutability – Data once stored or code (smart contracts) once written cannot be reversed or altered.

Over dependency on cryptography – Loss of private key could result in data compromise.

How Blockchain and AI complement each other

AI made decisions can be tough for humans to understand. This is because AI is capable of assessing a large number of variables independently of each other. AI is expected to be used increasingly in the decision-making process in financial transactions and determine if those transactions are fraudulent and should be investigated.

Human interference would be required to audit the decisions because the amount of data processed is enormous and it is a complex task. Blockchain can simplify the audit of the decisions with the assurance that the records are tamper proof.

Also, the data held in Blockchain is highly secure due to the cryptography in the filing system. It means that blockchain is ideal for storing highly sensitive and personal data which can unlock valuable information if smartly processed. Even though data breaches are common, blockchain is safe because the databases are kept in an encrypted state, and only a private key must be kept safe.

AI can add to security. An emerging field in AI is working on building algorithms which are capable of working with data while it is still encrypted. Reducing the incidents that expose the unencrypted data could help make things much safer.