Emerging Trends in the Blockchain Technology 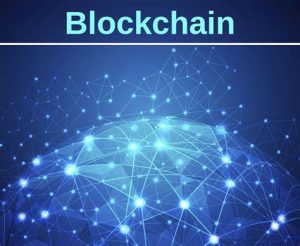 Blockchain technology and the Internet of things (IoT)

International Data Corporation (IDC) reports suggests that by the end of the year 2019, 20% of the IoT based industries will use some sort of basic Blockchain technology at some level in their operations. It is believed that the combination of IoT and Blockchain will work wonders with the right approach and application. With IoT, it might get easier for people to create and save data about themselves with blockchain making it secure.

Considering Blockchain just from the digital transaction point of view; it is all set make the process simpler, much more secure, faster in speed and comparatively more affordable. In the IT sector, usage of blockchain technology will be helpful to simplify the complicated central infrastructure; decentralizing it. Blockchain and IoT together will find new developments in smart home technologies; connecting various devices to each other with blockchain technology binding all the elements together. Micro-transactions are also said to become a mechanized process. The IoT is said to become more secure and fortified.

There were big projects of blockchain technology in development recently but they still remain as pilot projects and thus, there were no definite and substantial results to see if this technology worked and to what extent and how much return it has the capacity to generate. These projects though huge in scale are still in the development stage and it will take some time for these projects to be implemented on a larger scale and gather results.

On the other hand, Blockchain has been incredibly useful for supply chain management. When it comes to keeping supply chains in check blockchain is very helpful. While it reduces the amount of paper-based trails to zero; it also eliminates almost all scope of human error, delays in time, extra costs etc. The transactions become very secure and the level of transparency drastically increases with the use of blockchain technology. It will help supply chain work efficiently and give good results.

Bitcoin’s success was directly responsible for putting the blockchain technology on the market and caused a massive hype around this new technology. Blockchain’s success created a new wave and there were people trying to figure out if this technology could be applied to other industries as well. The growth of start-ups has been consistent for a while now and these are the companies who are finding applications for Blockchain in their organizations.

It is easier to introduce blockchain technology when establishing operations as a business instead of adding it to an already developed business structure. Startups have utilized the decentralization and uncomplicated infrastructure blockchain helps create. These new organizations are being able to apply blockchain as a part of their business models in a correct manner from the get-go and it is doing wonders for them.

The use of Blockchain technology by other industries has certainly increased and it is not simply limited to cryptocurrency now. It is already associated with IoT and this association seems very promising. The traditional businesses are also keen on incorporating new technologies in their operations and new businesses are doing it from the beginning. This technology has interesting and unique applications which will be useful for different businesses in different sectors. The blockchain technology is definitely expected to make gains and have lasting impacts on businesses in the present as well as the future.